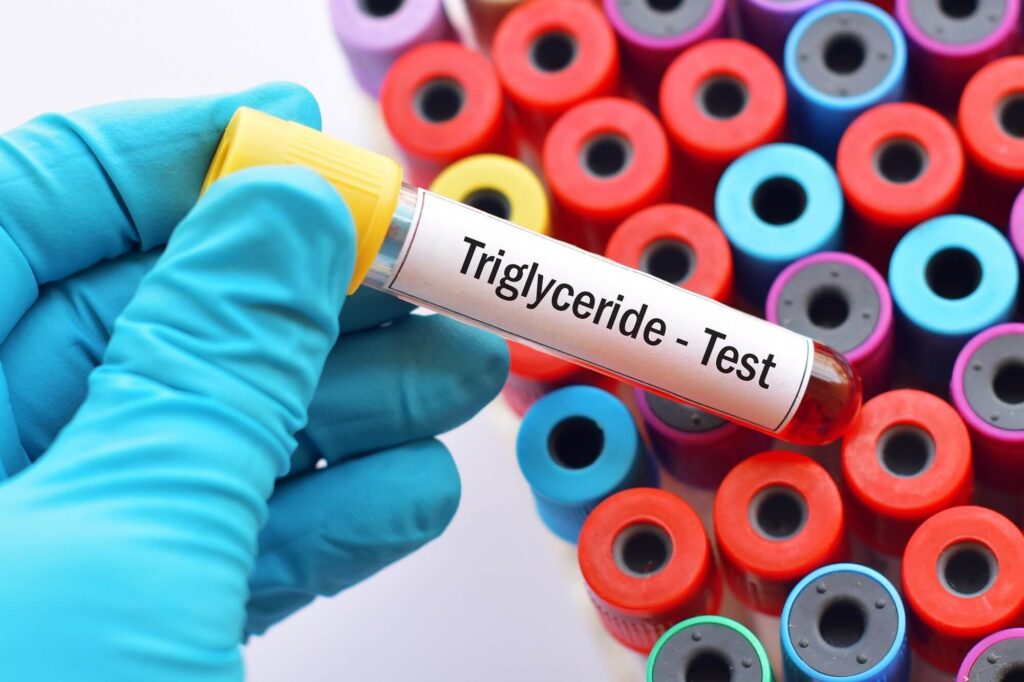 March 28th is National Triglyceride Day. Most people know that cholesterol levels, also called lipids, are monitored routinely by health care providers. Triglycerides are one of the lipid levels making up the panel that is monitored.

“What are triglycerides and why are they important?”

Triglycerides are fatty acids made up of saturated fat, unsaturated fat, and glycerol–a type of glucose. Foods that contribute to these levels are margarine, meat, butter, and other dairy products. The human body will also produce triglycerides when too much refined sugar and carbohydrates are consumed, storing them around the hips and stomach areas.

Triglycerides play an important role in maintaining energy production. However, when these levels are elevated, triglycerides can become detrimental by playing a major role in the development heart disease. Hardening of the arteries or thickening of the artery walls (arteriosclerosis) becomes a concern. Extremely elevated levels can cause the pancreas to become inflamed leading to a painful and sometimes life-threatening condition called pancreatitis. Other conditions often present with elevated triglyceride levels are Diabetes, Obesity, Hypothyroidism, and Nephrotic syndrome.

“My provider says my triglycerides are high, what do I do?”

When triglyceride levels are elevated, your provider will discuss dietary measures as well as increased daily activity levels as first line treatment. Often, small, consistent changes that include limiting the intake of refined sugars, like those found in soda, cookies, cakes, white breads and pastries, while increasing the intake of whole grains, fruits and vegetables will make significant reductions in the triglyceride level. Increasing daily activity levels will also decrease triglyceride production. This increase does not have to be dramatic; small walks around the office every few hours or at lunch time count. The addition of Omega-3, found in fish and fish oil capsules, has been shown to play a major role in the reduction of triglycerides.

When diet, exercise and supplement intake are not sufficiently lowering levels alone, your provider may recommend the addition of a prescription medication such as Fenofibrate (i.e. Tricor) or a statin drug (i.e Atorvastatin, Simvastatin, etc.). These medications are intended to work with the suggested lifestyle modifications and will generally show a significant improvement in triglyceride levels as well as total cholesterol.